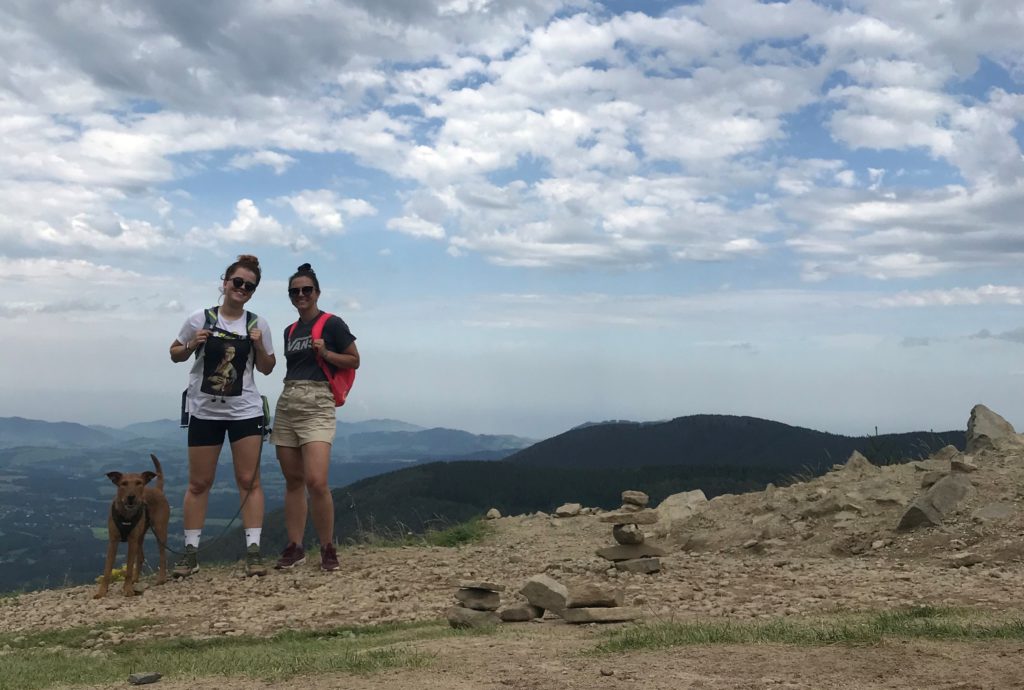 The most beautiful views of the Czech Republic

We are not wasting any time and are already planning trips around the Czech Republic. Our focus will be on the most beautiful views of the Czech Republic, which will first start in the Central Bohemian Region. Thanks to these beauties being just short driving distance from Prague, it is possible to visit them as part of a day trip. Next, we will explore together the so-called ‘Bohemian Switzerland’ National Park, the Jeseníky Mountains, eastern Bohemia or the Beskydy Mountains.

● St. John under a rock – located in the Beroun district, this hidden gem is situated all the way up through the forest and getting there is not very difficult. The interesting part is that this sought-after place gave rise to the first, and therefore the oldest, signposted hiking trails in Bohemia.

● Drábské světničky – this former rock fortress is one of the most frequently visited attractions in the ‘Bohemian Paradise‘ (aka Český ráj) and offers a wide view of the landscape. However, the system of narrow wooden bridges in the rocks might not be suitable for everyone.

● Pokličky – picturesque sandstone formations, reminiscent of large mushrooms, can be admired in Kokořínský Mine nature reserves, which is one of the largest in the Czech Republic.

● Devil’s pulpit – the view from the top of Plešivec Mountain offers one of the most beautiful views in Brdy hills. 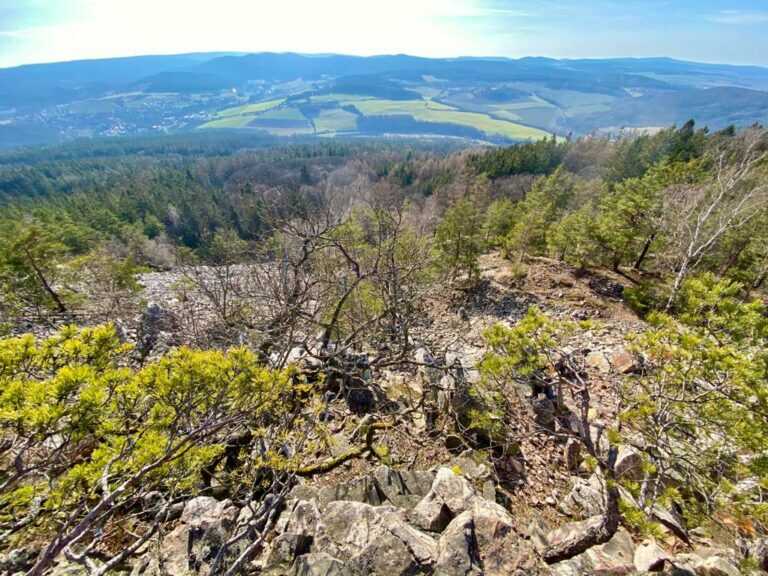 ●Angel Mountain – there are only ruins left of this castle that was of a great importance during the Hussite wars. Today, the castle has the adjacent pilgrimage church of the Holy Trinity, which is a popular pilgrimage site in the Karlovy Vary region.

● Šemnická rock – not far from Angel Mountain is Šemnická rock, from where there is a great view of the Ohře valley and Doupovská or Krušné Mountains.

● Goethe’s Viewpoint – if you stay in the Karlovy Vary region, you can visit this lookout tower, which has changed its name many times over the years. If you are familiar with the names Crown Princess Stefanie’s, Stifter’s or Stalin’s Lookout Towers, it is this one. Named after a well-known writer since the 1960s, we would recommend to wear solid footwear, as the road to the lookout tower is very steep.

● Klostermann Lookout Tower – in the Kašperské Mountains, this viewpoint opens up a spectacle of the Dragon Mountains. Nearby you can find the so-called water castle from where water flows through a steel pipe to a power plant at Čeňkov sawmill. 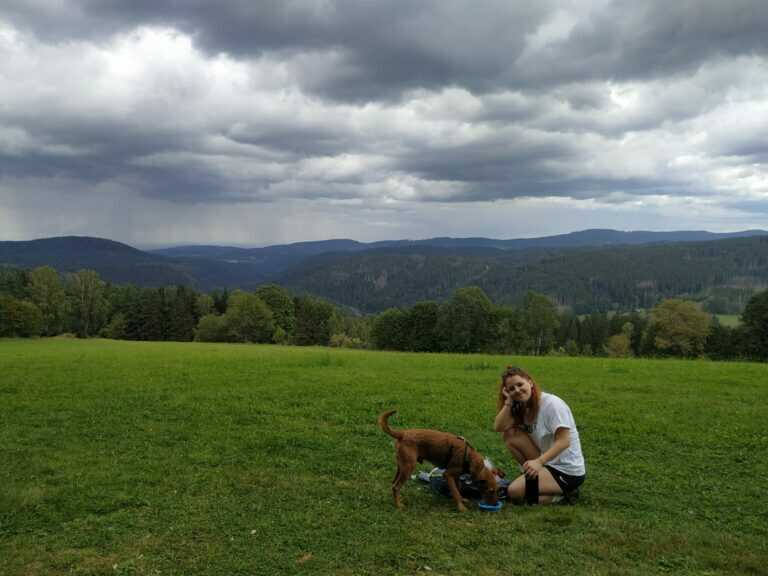 ● Mayer’s Gloriet / Deer Leap + Diana Lookout Tower – the cable car leading from the Grandhotel Pupp will take you to both viewpoints, but it is also possible to walk from one to the other. The surroundings of the lookout tower offer a large number of forest trails for pleasant walks.

● Belvedere Viewpoint – one of the reasons to visit the so-called Bohemian Switzerland National Park is this viewpoint. Shaped in the form of a stepped terrace made it an ideal place for entertaining the royals in the past. It offers views of the River Elbe and the Kaiserkrone and Zirkelstein Mountains.

● Elbe Guard – in its time, this gazebo guarded the access road to Děčín city, hence its name. From here, you have the scenic view of the river Elbe’s Canyon literally in the palm of your hand.

● Pustevny – in Pustevny, otherwise known for its beautiful wooden buildings in the folk style, a lookout point was built in 2019 (Valaška Trail). It is unique in that it received a building permit for only 20 years, after which it will probably be dismantled and taken away – therefore a must see while it’s there. 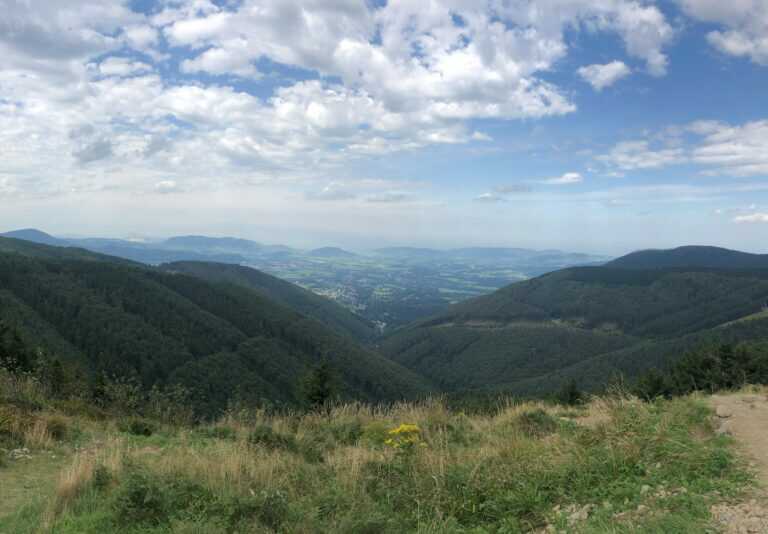 ● Calvary – two identical chapels located on the Calvary Hill, to which a wide staircase ascends, can be found in the Litoměřice district. The building itself is worth a visit, the fabulous view of the wide surroundings is a pleasant bonus.

● Lookout Tower Eliška – its appearance resembles a military observatory and is located near Trutnov in the Krkonoše Mountains. It was named after the Czech Queen Eliška, the wife of King Wenceslas II.

● The ruins of the Lichnice castle – this castle is surrounded by the legend of Princess Milada. She was known to pick among her suitors with the help of a cruel task, which was practically impossible to complete and all worshipers perished in its performance. From the remains of the castle there is a breathtaking view of the surroundings of the Iron Mountains.

● Jurkovič Observation Tower – the distinctive style of the architect Dušan Jurkovič, who, like the houses in Pustevny, also designed this lookout tower, is recognizable at first sight. The building looks like it fell out of a fairy tale and the view from it is also fairy-tale looking. 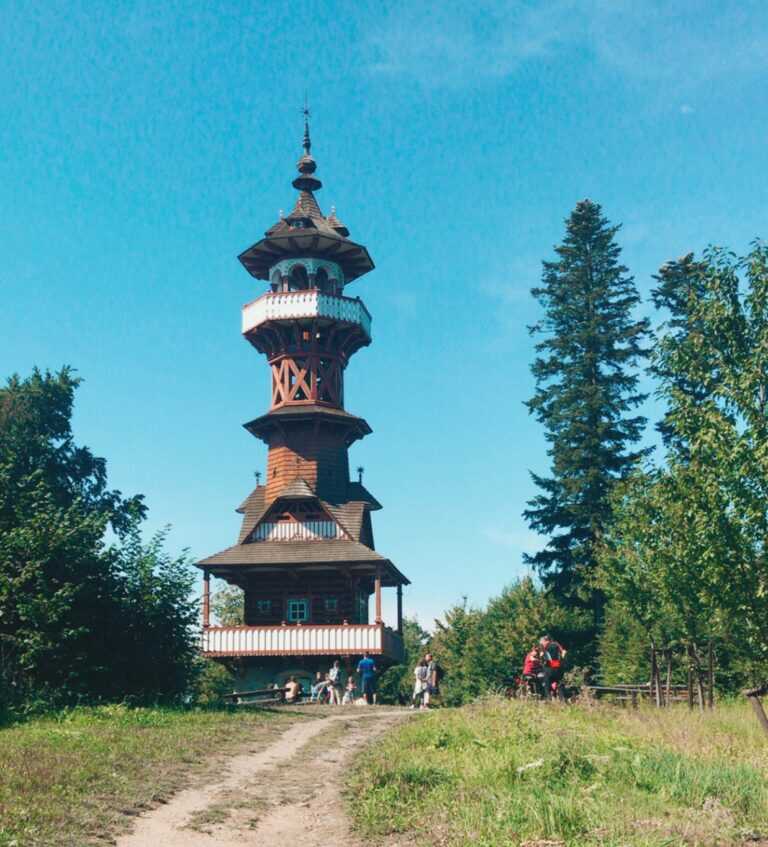 ● Děvičky – the ruins of the castle, also called Dívčí castle, are accessible only from one side of the hill and lie in the Pálava Protected Landscape Area. The ascent to the lookout is quite challenging, but the view of the region is definitely worth the effort.

● Table Mountain – got its name from having a flat, horizontal top. Among other things, it is the only location where a rare sage grows and the largest species of earthworm lives. They can reach up to 50 cm in length – so maybe you will be lucky and meet a half-meter earthworm on your way there.

● Velké Bílovice – this area is literally one large vineyard interwoven with roads. You will find a beautiful view of the fertile land at the famous chapel ‘Kaplička na Hradišťku’. This chapel appeared, for example, in the Czech comedy film Grapes from 2008.

● Salaš – a lookout tower in the shape of two interlocking sevens, each with a viewing platform on the horizontal part. The views of the church towers of Velehrad are then better seen from the higher of the sevens.

● Devil’s Stones – a rock formation that attracts mainly climbers. However, climbing up is also possible for pedestrians as the path is secured by chains. From the top you can see, for example, a divine panorama of Jeseník town and the surrounding areas.

● Lost stones – they are located in the Jeseníky Mountains at an altitude of 1250 meters. According to the legend, the devil dumped these stones from his shoes while chasing a local farmer.

How about you? Are you ready to discover the most beatiful views of the Czech Republic?