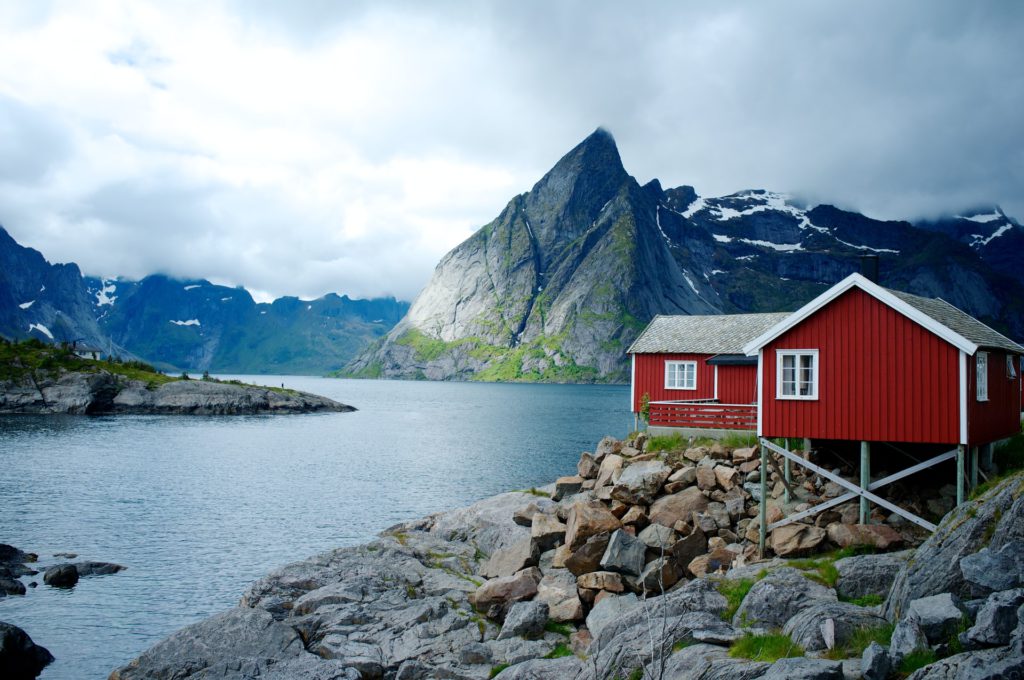 Few weeks ago, I shared with you my tips on the best places to visit in Sweden. This time I will be exploring Norway, country of midnight sun.

This northern country offers countless beautiful places and I chose the one that fascinated me the most while browsing countless travel blogs:

● Tromso – one of the northernmost cities in Norway, which is known for its frequent ‘aurora borealis ‘(the Northern lights), which is visible up to 230 nights a year.

● Trolltunga – also known as a hike ending at the tip of the troll’s tongue, arguably one of the most spectacular scenic cliffs in Norway. In total, the ascent and descent are challenging and will take about  challenging and will take about 10 hours with a walking distance of around 28 km. That’s why people often change their minds about doing this hike, but the view is absolutely worth it. If you want to explore Bergen and the surrounding area, be sure to include Trolltungu in your itinerary.

● Preikestolen – also known as the Pulpit Rock, is another one of the famous viewpoints, similar to Trolltunga. The cube protruding from the pulpit, where this place got its name from, is located in the famous fjord Lysefjorden and is accessible by boat from the village Høle (about 40 km from Stavanger city).

● Kjerag – a very famous place that very few travellers will miss out on when wandering around Norway. The name may not sound familiar, but you will forever remember the view of the boulder wedged on the precipice between the two rocks. It is located at the end of the Lysefjord and a boat trip from Stavanger takes less than 2 hours.

● Hallingskarvet National Park – one of the last places where large herds of wild reindeer live, was the driving force for the creation of this national park. On an area of ​​450 km2 there are a large number of versatile hiking trails.

● Sognefjellsvegen – aka Route 55 is the highest mountain pass in Northern Europe (highest point 1430 meters). Driving on this road offers spectacular and wild mountain scenery at all times.

● Gaustatoppen – a mountain from which you will have Norway in the palm of your hand. The reason being that one sixth of Norway can be seen from its peak. Suitable for both children and adults, it can be reached by foot in the summer, in winter it is a destination for skiers. The Norseman Triathlon is also held here, which is known as the most brutal triathlon in the world. Website organizers warn participants because it really isn’t for everyone. Another interesting feature is a wrecked plane located on the south side of the mountain, which cannot be removed due to difficult accessibility.

● King’s view (Kongens utsikt) – as a lover of panoramas, I’m adding this to a must-see list for its fabulous view, located only 45 km from the capital Oslo.

● Steinsdalsfossen Waterfall – one of the most popular waterfalls in Norway. You will be amazed by the amount of water that falls from a height of 50 meters. You are able to walk safely and dry behind it and a parking for caravans is just two-minute walk from here.

There are a few more interesting places to add – that are within reach without having to walk for miles.

● Laerdal Tunnel – The longest road tunnel in the world is located in (surprise!) Norway. In order not to cause claustrophobia in the cramped space of the 24.5 km tunnel, the architects divided it into 4 shorter sections, between which there is always a widened place with blue lighting resembling the sky.

● Heddal Stave Church – a fairytale looking timbered church from the 13th century, to which the legend of its origin is attached. The church was reportedly built in 3 days with the help of a mountain troll. You can visit it on your journey through the historic Telemark region in the central-southern part of Norway.

● The Viking Ship Museum – this museum in Oslo is the only one to proudly display three of the worlds best-preserved ships from the Viking period.

● Kon-Tiki Museum – other museums located in Oslo. You will find the rest of the Kon-Tiki raft here, in which a Norwegian anthropologist crossed the Pacific Ocean from the South American coast to Polynesia. This journey was described in the book The Kon-Tiki Expedition and then won an Oscar for the documentary in 1950.

● Sverd i fjell – is a monument in the shape of three bronze swords. They symbolise peace, unity and freedom and commemorate the battle of Hafrsfjord, in which Harald Fairhair allegedly rose to the challenge to sovereignty of the whole of Norway for his love. The name will be familiar to anybody who has watched the series Vikings.

After all these tips, surely you are now interested in where you can park your caravan? In Norway, camping and parking of caravans outside campsites is allowed, as long as you behave with respect for the nature. But who would be interested in staying at campsites, when the Norwegian wilderness calls for adventure? For this reason, I will mention this one nice and hidden campsite for your stay:

● Amlasanden Fjordcamping – caravan campsite located on the edge of a beautiful fjord, including a full service. The way down to the fjord is a bit exciting, because the road is very narrow, but the campsite itself is further from civilization and therefore offers peace and quiet.

Have a look at how we delivered a camper to our clients in Tromso.